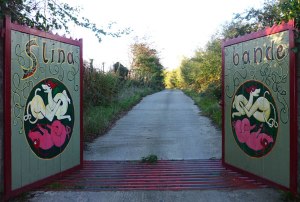 We create conditions where participants can leave feeling refreshed, intellectually stimulated, with a more positive relationship with their body and an excitement about the future.

Take A Yoga Vacation in Ireland – One Week for €900 all inclusive!

Next Astrology Weekend – To be confirmed 2023.

Marlene has taught and studied Hatha Yoga and Raja Yoga for over twenty years and was awarded an IYA diploma from the Irish Yoga Association (IYA) in 1990.

She was appointed Tutor on the IYA Teacher Training Course in 1992 and tutored on five of the Associations teacher training courses.

Marlene has represented the IYA three times at the European Yoga Congress in Zinal.

She holds a Junior Iyengar Certificate, has studied with Jenny Beeken, Donna Holleman and Patabi Jois and has supplemented her training through courses and workshops in Mysore, Hydrabad and Pondycherry in India.

Marlene facilitates her own yoga study programmes at Slí na Bandé. This programme has run continuously since 2000.

She holds a Bachelor’s Degree in Philosophy from DBS and a MSc in Psychoanalytic Psychotherapy from UCD.